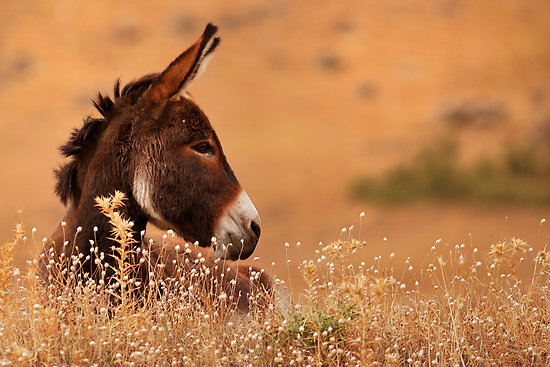 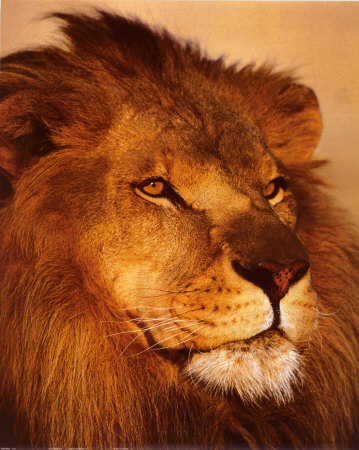 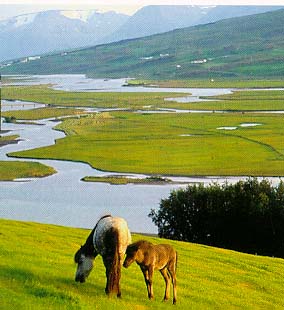 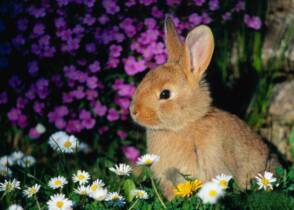 Animal World USA
Inspiring,  educating  and empowering  communities
to  understand, love  and protect our
amazing  animals and planet.
Animal World USA is a 501(c)3 non-profit, all volunteer organization dedicated to the welfare of animals. No one receives a salary or compensation. We do all the work out of our dedication to the animals and for our love of God. Animal World USA is working with organizations, decision makers and the public-at-large to bring about awareness as to the plight of the animals of our world. Our mission is to create a better understanding and underscore respect for all the planet's precious creatures through a strengthening of communities. Mobilizing citizens, working with schools, youth groups, shelters, and governors in each state, Animal World USA is creating a new direction to advance the greater good through exciting progressive strategies that are building on the current movement.
Animal World USA, established in 2003, is dedicated to improving the lives of animals, youth and enlightening people through advocacy, education, and community support. Animal World USA is committed to a world in which animals and youth are treated with compassion and respect.   Making resources which are readily available to youth who require support in their lives is imperative.  Education is at the core of AW-USA International's mission.
Animal World USA developed the Weeks for the Animals ™ campaign in 2005 bringing communities together on behalf of animals. Working with governors, educational institutions, shelters, humane societies, youth groups, living-assisted homes, hospitals,  legislators and animal advocates, the AW USA Weeks campaign is demonstrating that the concept of coalition-building  is leading the future in building strong communities.
Animal World USA provides education through schools and youth clubs, campaigns  and programs that support the humane groups, rescue orgs, shelters and other animal welfare organizations. AW USA sponsors festivals, educational programs and adoption events.
Animal World USA sets an example of care, compassion, and respect for all living beings, promotion of the human-animal bond, collaboration with others in pursuit of our vision, accountability for the resources entrusted to us, volunteers as a vital resource, and humane interaction with people and animals.
Animal World USA International is committed to helping all animals, people in need and working on behalf of the amazing creatures in communities around the globe with whom we joyfully share our living planet.
_______________________________________
To learn more about our work , please visit
Animal World USA  Weeks for the Animals ™ page.
1 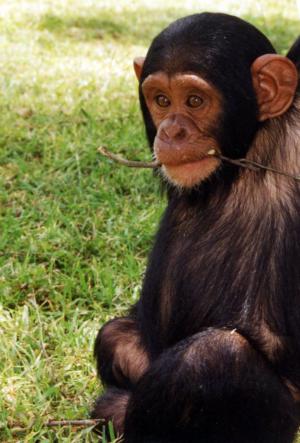 Michelle Buckalew
Animal World USA-International founder/president
____________________________________
Michelle was born in Memphis, Tennessee where she currently resides. She has also resided in California and Florida during her life. In 2003, Animal  World USA was founded after she began earnestly reporting on radio about the welfare of animals. A  passion developed which she says has led her to fulfill her life's destiny of sharing her spirituality, helping the amazing animals and helping the disadvantaged...all who have enlightened her journey. And now she is, along with others, also defending democracy which is under attack in the United States and abroad.
Michelle's career includes working as a radio program producer, on- air host, paralegal, newsmagazine publisher, reporter editor and marketing consultant.  While in radio, Buckalew interviewed top figures and newsmakers in today's world which include U.S. astronaut Captain Buzz Aldrin, investigative reporter Mark Bowden, Rolling Stones' Bill Wyman, Eric Burdon of the Animals, gospel singer Reverend Al Green, University of Nebraska Coach Tom Osborne, U.S. presidential speechwriter Peggy Noonan, publishing magnate Sir Harold Evans, Commanding Officer of SEAL Team Six and Red Cell Richard Marcinko, American and British lawyer and journalist Shelby Tucker, FBI profiler John Douglas, Dr. Jane Goodall, Colonel David H. ("Hack") Hackworth, Former CIA clandestine services case officer Robert David Steele, football sports great Lynn Swann, baseball legend Tim McCarver, author/former CIA case officer Robert Bauer, Author-now associate editor of WaPo David Maraniss, Journalist Dominick Dunne & Secretary of the U.S. Navy John Leyman.
Buckalew produced and hosted the syndicated Book Talk, Eye on Vision (co-creator with Steve Terry) and Hands on Cooking for WYPL, Memphis Public Library radio station. And, she would then move to Clear Channel Radio to produce and host The Book Gallery.
Buckalew has spearheaded and/or co-organized significant projects including UnityFest celebrations at college campuses to honor Dr. Martin Luther King w/ co-organizer Kevin Young, Pennies for Patriots w/ WalMart's Sharon Finizia to raise funds for the WWII Memorial in Washington, D.C., Crystal Apple Teacher Award at Clear Channel Communications to honor teachers and also bringing the R.E.A.D. program with MidSouth Therapy Dogs to the Tennessee Library System. In 2008 Buckalew was recognized by Memphis Women's Magazine as one of "50 Women Who Make a Difference." Buckalew met with the Dalai Lama at the National Civil Rights Museum in September 2009 during Animal World USA Tennessee Week for the Animals.
Michelle considers it a honor to have worked with over fifty USA governors along with New York City Mayor Michael Bloomberg and Washington, DC Mayor Vincent Gray & Muriel Bowser with their staffs in the AW-USA Weeks for the Animals celebrations. She shares her life with a brilliant white Siberian Husky-German Shepherd. A lover of animals, books, sports and music, she is so grateful to God for all that He has done in her life. "Without God, I would never ever have been able to fulfill my dreams and destiny."
__________________________________________________
Animal World USA Advisory Board
Rick Robinson, veteran broadcast announcer and producer, owns his own production company Robinsong Productions. His voice is heard daily across America and in Europe. His work in radio and television has earned numerous awards, including Billboard magazine Radio Personality of the Year.
Rick's credits include those of musician, singer and songwriter and he creates spots and services for top internationally celebrated entertainers from all around the world. Rick's company Robinsong Productions is based in Memphis, Tennessee and provides quality TV, radio, voiceovers and postproduction services.
Karen Wilson, a Walter’s State Graduate with honors in Criminal Justice and Public Safety. Karen Lived in Ontario Canada, where she was awarded the Clifton Grant Award for the work in fighting a company on health and safety issues, and exposing them for illegal practices of using lead base glaze and illegally dumping toxic waste into the environment.
An advocate for animal welfare, she brought public attention to a Cocke County School in Tennessee that opposed her from raising money for the local humane Society. Karen, author of The Trophy Wolf, has visited schools to teach our next generation to help make decisions based on facts not fears. Karen has been a Girl Scout Leader for 15 years. This highly versatile woman is also a Master in Martial Arts Taekwondo and teaches for TTJC in Knoxville. Karen also served as Operations Service Coordinator for Dolly Parton’s Imagination Library.
Randi Bildner is a freelance writer and artist. She is a former staff writer for Best Friends Animal Society. Her work has appeared in Animal World USA- International, PETroglyphs, Parkland Life Magazine, Vistas, The Santa Fe New Mexican, Santa Fe Sun Monthly and High Desert Dog. She is the creator of the website TheBullyBeat.org
Randi was featured on Animal Planet for her animal advocacy work. She now works in Community Relations and Development for NM Street Homeless Animal Project. She lives in Santa Fe, New Mexico with her six loved, rescued dogs.
Bev Hart, Cumulus Radio on air host and marketing consultant, has always been surrounded by animals and has been involved with animal shelters and rescue groups since she was a child. Bev has been a popular radio personality for many years and also works as a marketing consultant.
She currently serves on the advisory board for the Ronald McDonald House and with MAGRR (Memphis Goldie Rescue). She shares her home with  her partner &  Clyde, a lovable, goofy Goldie; Gracie, a long-haired Chihuahua, Sheffield, a charming Havanese with OCD, and Edie, an Arabian horse.
Animal World USA Board of Directors
~Michelle Buckalew,  Founder and president
~Brenda Buckalew Carpenter,  Secretary (Business owner)
~John W. Cook,  Treasurer (Hotel senior accounting manager)
Please contact us. We would be honored to work with you!
Please visit AW-USA Media & Community Spirit Page.
http://www.animalworldusa.org/Community-Spirit.html 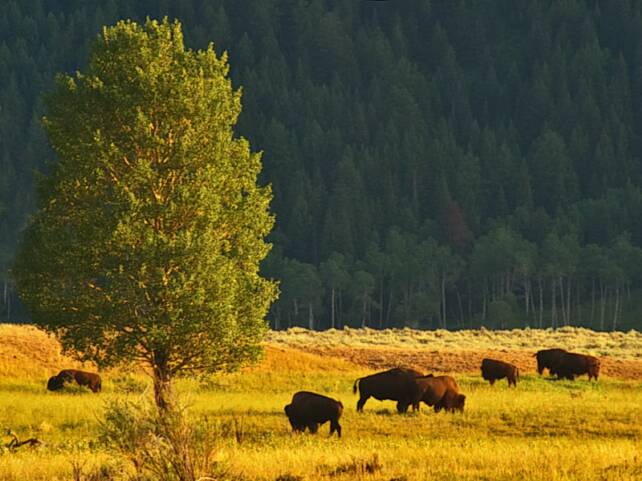 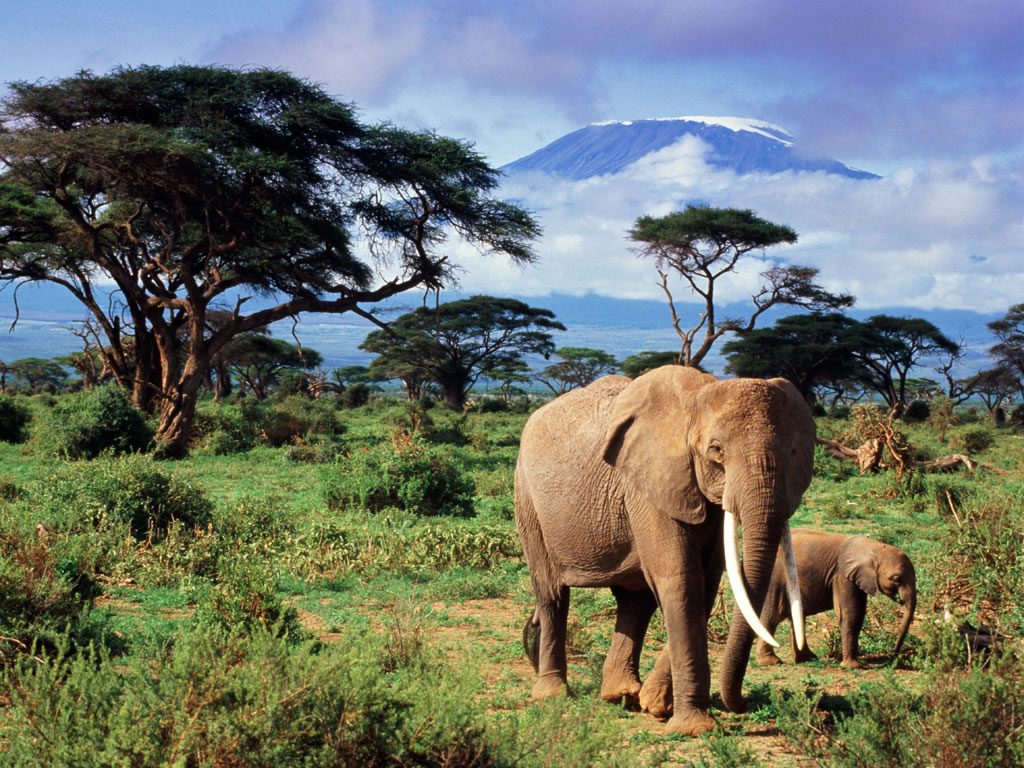 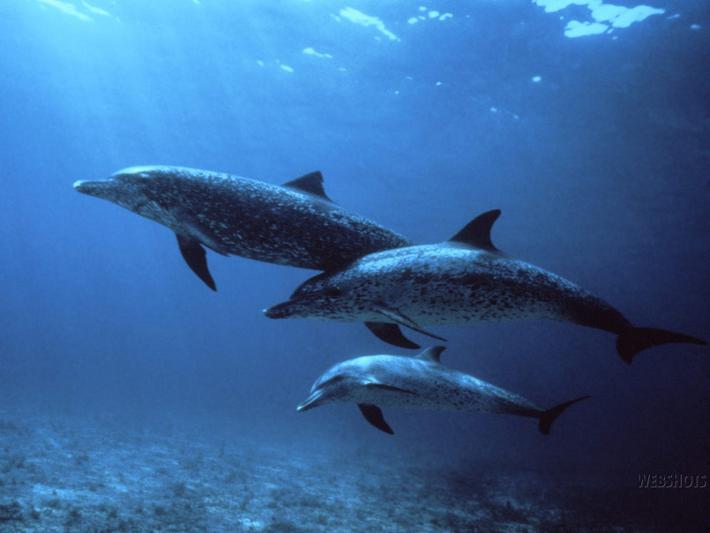 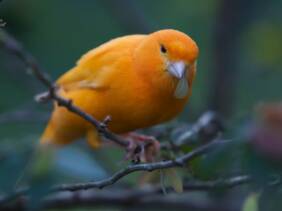 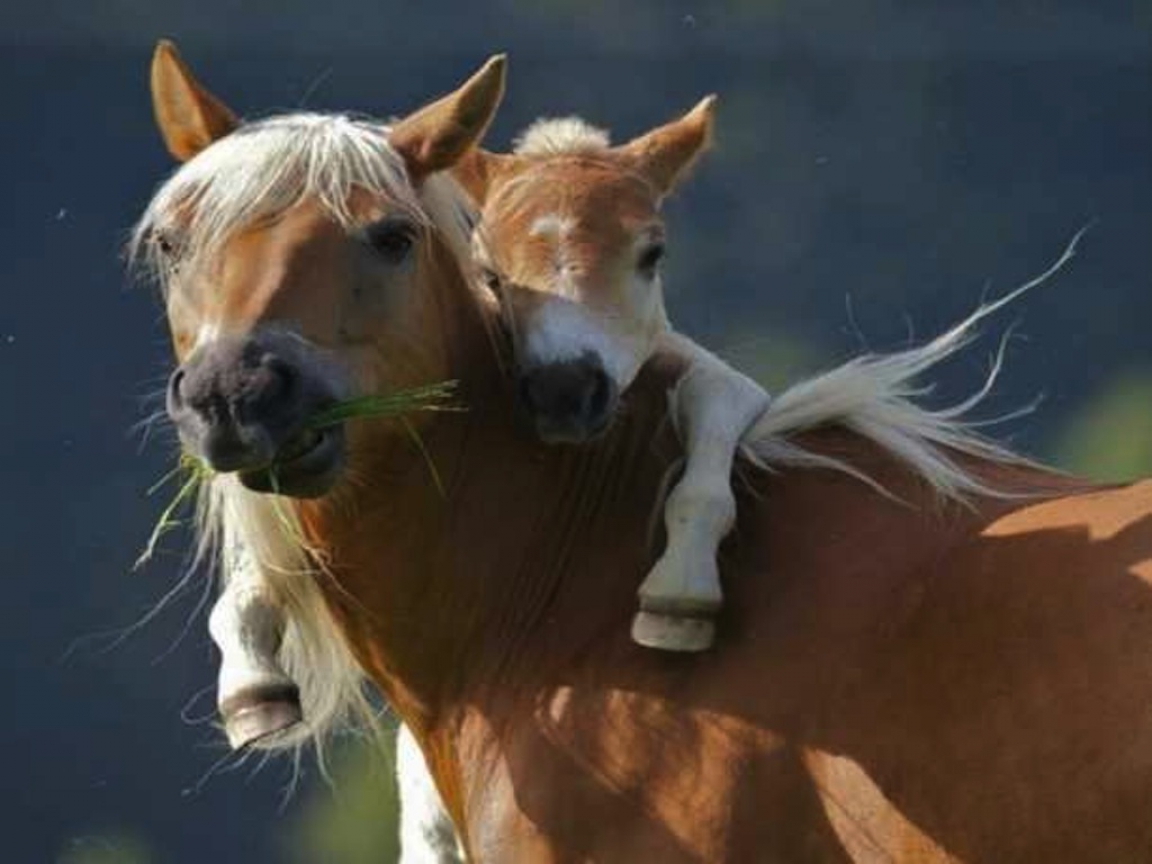 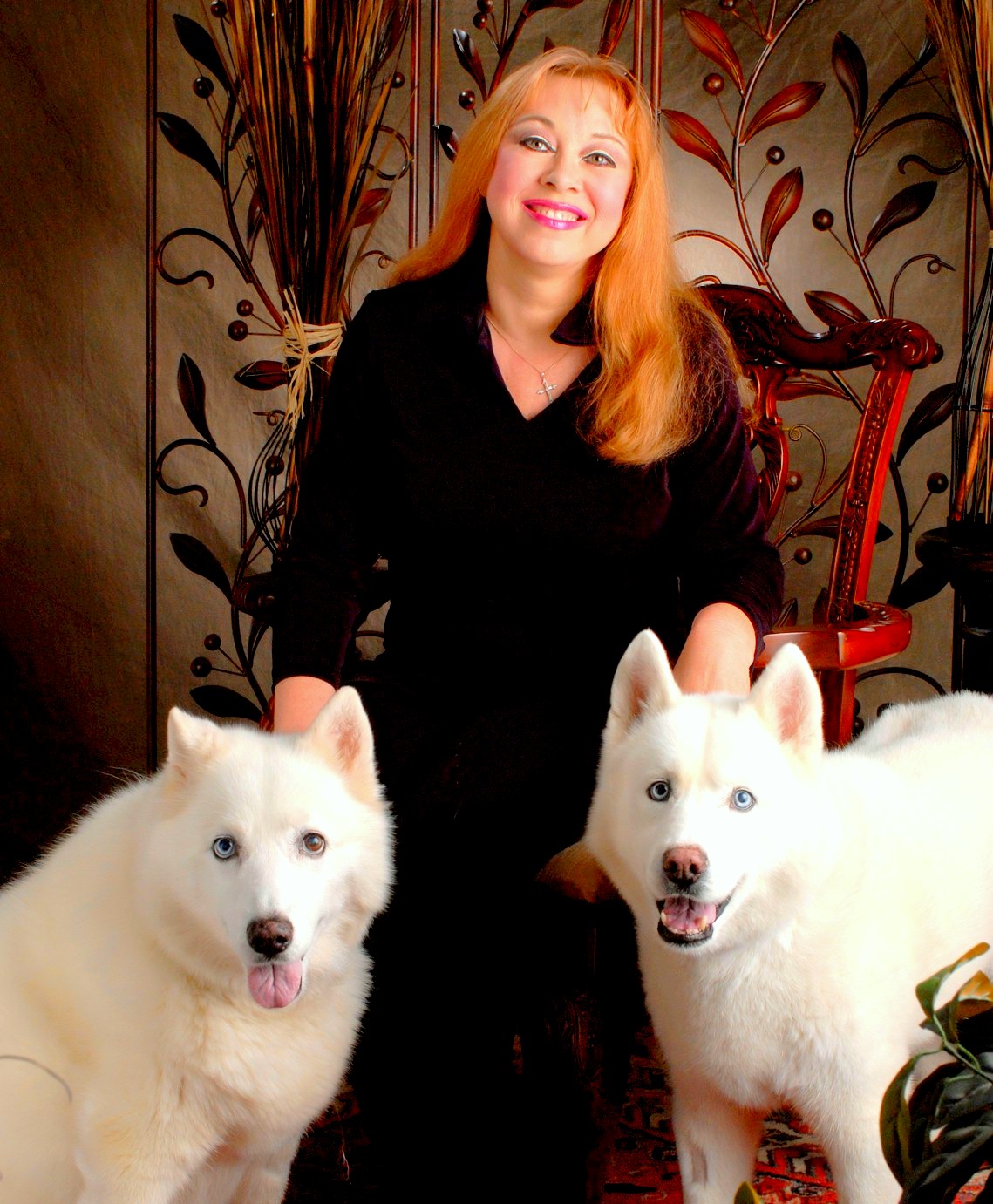 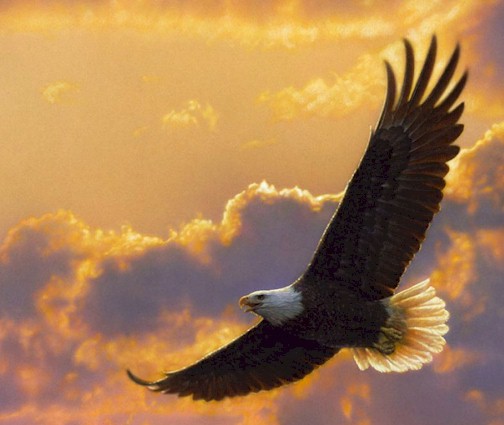 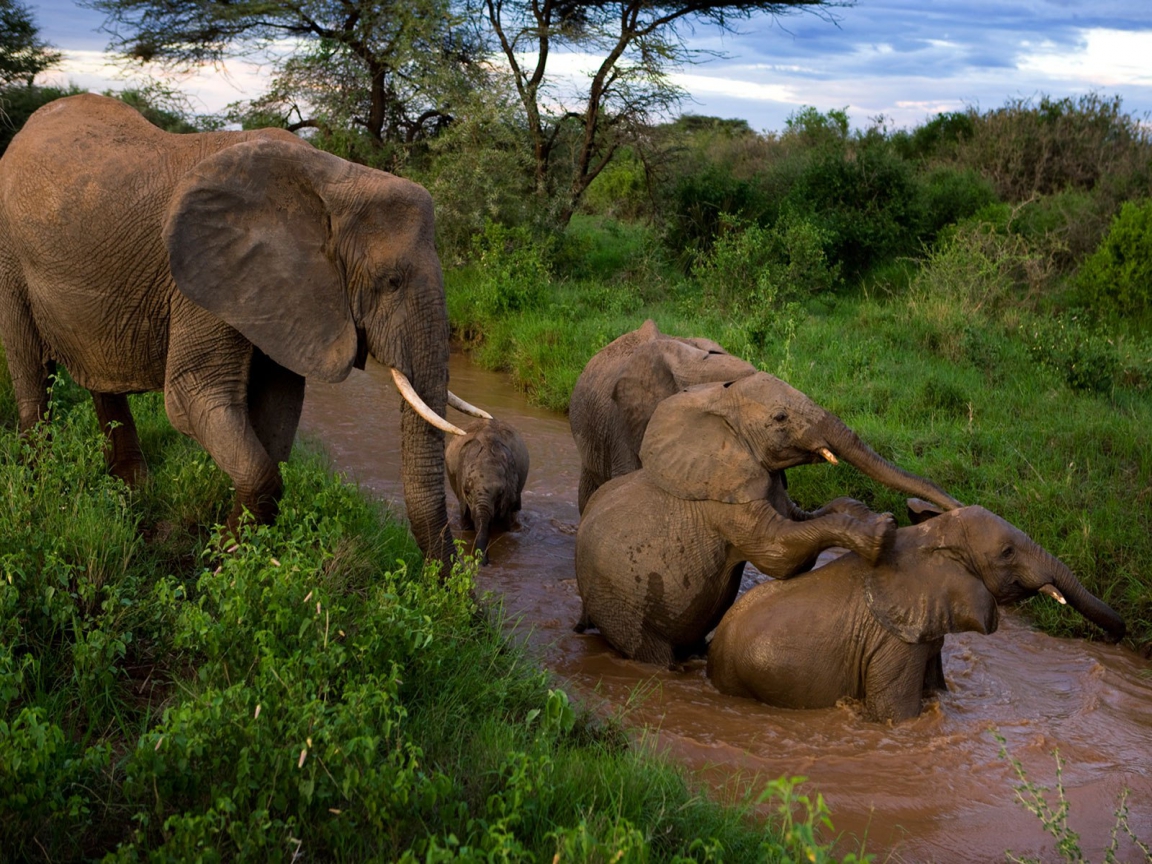 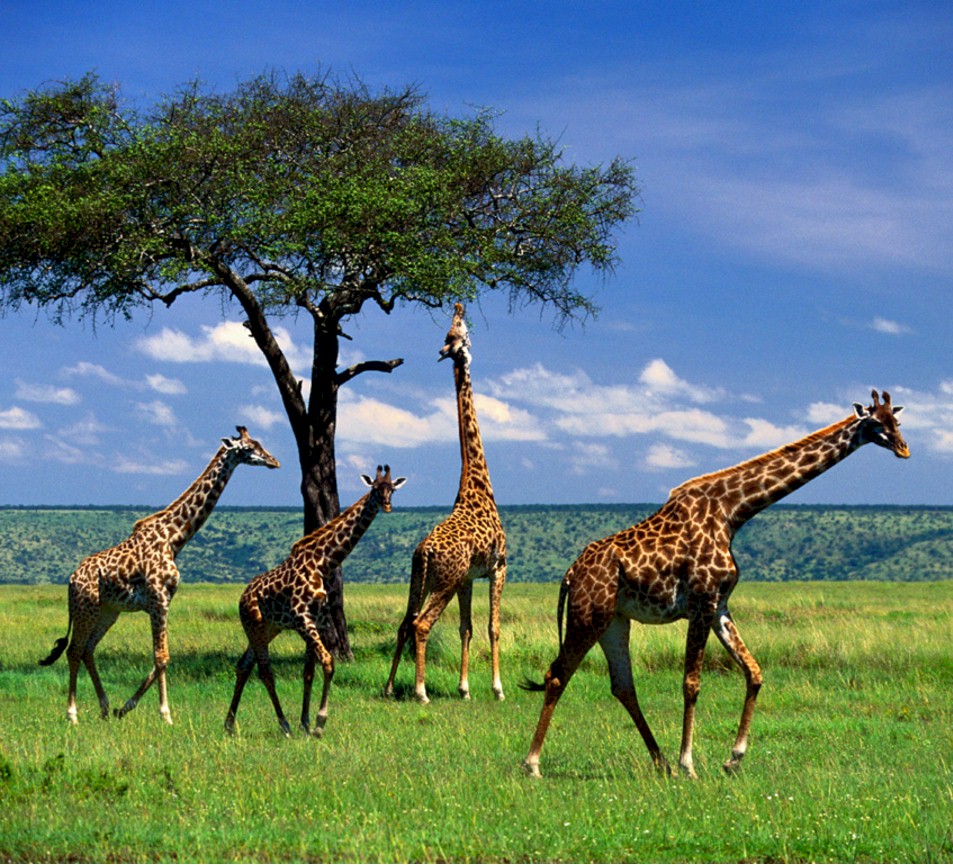 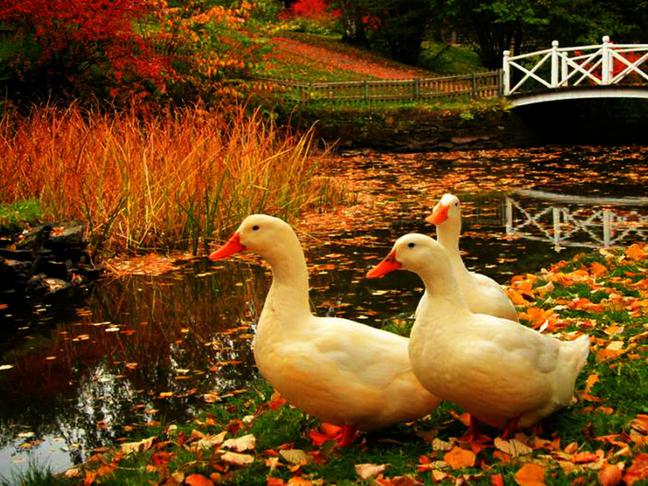 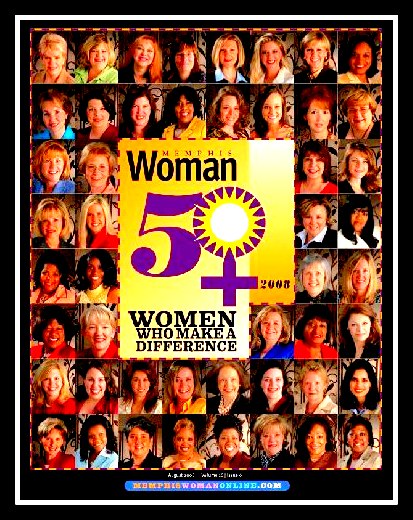